Master guitarist, is one of Scotland's foremost folksinger/ songwriters. He was known throughout the country as the host of BBC Radio Scotland's award-winning 'Travelling Folk' programme, which he presented for over 25 years. Recognized for his contributions to Scottish folk music, in 2006 was awarded an MBE for services to traditional music and in 2007 he was inducted into the Scots Traditional Music Hall of Fame. In 2008 when he was granted the Tradition Bearers Award from the Goderich Celtic Roots Festival in Canada. Archie is known to folk club members throughout Scotland and indeed the world as one of the foremost exponents of his art and we are always delighted to have him here in Ardersier.

Andrew Alan Ross (Andy) was raised in Ardersier and lived there up until 4 years ago. Andy started playing Piano Accordion at the age of 8 years old, and regularly plays in sessions, and in a Scottish Dance Band with a range of others for various functions parties and weddings around the north of Scotland. On this occasion Andy will be playing with Fiona Anderson on Fiddle and Ian Anderson on Drums.

Kathryn and Neil perform Scottish and traditional music on a variety of instruments, mainly Guitar, Clarinet, Smallpipes, Whistle, Harmonica and Vocals. They perform regularly in Folk Clubs and sessions from Loch Ness to Falkirk and beyond. This year Neil is delivering an average of 50 piping lessons per week, they are playing at 7 festivals and off to the USA amongst other tours.

Corralach is an Inverness, Highlands, based Folk duo dedicated to keeping our vocal tradition alive who play all over the country. They sing a wide range of songs drawn from Scotland, Ireland and America, together with self-penned offerings, both accompanied and a cappella. Their music is voice led, with an emphasis on harmony. Corralach have been on a mini tour this year to Denholm Folk Club, Rolling Hills Folk Club Darnick and The Vault in Hexham and are heading off again to Ullapool in July and Dunfermline Folk Club in October with other dates to follow.

The Donald Dhu Ceilidh Band has been a mainstay of the Highland ceilidh scene for many years and performed several times at the annual St. Andrew Society of Russia charity ball in Moscow. The line up comprises: Graeme Scott (fiddle); Dagger Gordon (mandolin and banjo); Melanie Simpson (accordion); and Mike Simpson (guitar).

Brian Ó hEadhra and Fiona Mackenzie are acclaimed singer songwriters who draw upon their traditional Gaelic roots as well as from other musical genres including Nordic, Eastern European, Americana, indie and electronica. Over the past 25 years the Scottish Highland based duo have played around the world as solo performers and with various bands including Anam, Seelyhoo, Mackenzie, Cruinn, McKerron, Brechin, Ó hEadhra and have recorded on over 30 albums between them.

The Slim Panatellas were formed in 2012 when Cigarbox Don teamed up with tea chest bass player Rob Ellen at the legendary TeaCosy sessions in Dingwall. Playing hokum, skiffle and original comic songs, the duo welcomed international touring artists and local maestros to temporary lineups as they toured England, Belgium and France. Regular performers at Belladrum Tartan Heart Festival, at the annual Cigarbox guitar festival in France and at festivals in Portugal saw the duo joined by Carol Macpherson on washboard and guitar. Guitarist and instrument builder, Will Doig, joined the band in January 2019 to complete the current lineup.

Bruce is one of Scotland’s most celebrated and accomplished fiddle players. Taught by the great Donald Riddell CBE, Bruce’s style encapsulates the finest points of Highland fiddle music – bold and rugged at times, lyrical and beautiful at others. Bruce is probably best known as founder and driving force behind the multi award winning Blazin’ Fiddles. He also toured and recorded with the first incarnation of Gaelic supergroup Cliar. 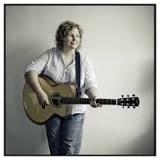 Anna is one of Scotland’s foremost guitarists. A skilled multi-instrumentalist, she also excels on the fiddle, mandolin and tenor banjo. Renowned for her work with Blazin’ Fiddles and Mairearad Green, the past few years have also seen Anna perform with her own band, Bella Hardy, Julie Fowlis, Kate Rusby, Karen Matheson, Capercaillie and Eddi Reader. Three time nominee for Best Instrumentalist at the Scots Trad Music Awards, she is a highy talented musician

"So many good things to say about this whole weekend - Bravo!"